Don’t Stress Motorsport Addicts: Top 5 Picks for the ‘Off Season’

With only one round remaining in Formula 1, NASCAR over for another year, WRC on hiatus until January and the MotoGP culminating in yet another race win and title for Marquez, motorsport is winding down for the off-season. The tyre warmers are out. Drivers, riders, mechanics and support staff are looking forward to having some down time, catching up with family and friends, staying in one place for more than a week.

“But what about me?” we hear you cry! “What the XXXX will I have to watch on TV, to talk about at work??” Well, don’t get stressed out just yet motorsport addicts! There’s actually a ton of stuff going on between now and the start of the new racing season in 2020. Take a look at our ‘Top 5 Motorsport Picks for the Off-Season.’

If you can’t wait, skip to the end for a list of Motorsport Season Openers in 2020

Most people hate returning to work after the Christmas and New Year break. Not so here at NMA HQ. January is the time for one of the greatest shows on earth. No, really! It’s time for Autosport International, Europe’s largest motorsport show! Where else can you find some of the top stars, teams and manufacturers of the sport and get up close and personal with the cars, professional simulators and ground-breaking tech the industry has to offer?

This is the 30th Anniversary of Autosport International and it promises to be the biggest and best yet. Thursday 9th and Friday 10th are trade only days for member of the motorsport community to network and get down to business. This is where teams find new sponsors, where new products are launched and where the industry sets its stall out for the season to come. The Autosport Engineering Show is held on these two days only. With an International Business Lounge, Business Forum and Autosport 2090 (think motorsport in 70 years!) this is where the visionaries of motorsport gather.

Saturday and Sunday (11th & 12th) are for the general public. With the Autosport Live Stage, a Live Action Arena, Le Mans Esports, WRC, BTCC, Historic Racing and F1, the main halls are filled with enough features to fill the Friday. If you want to make a weekend out of it or think you can do it all in a day, there’s also the Performance & Car Tuning Show – hundreds of high-end mods for the enthusiast and professional alike.

There’s something for everyone at Autosport International; Petrol heads, professionals, tinkerers, techies, bikers, classic car enthusiasts and even kids will love this show.

Obviously the best stand to visit is ours! Come and have a cuppa and chat with the NMA tutors or meet some current students to find out what it’s like to study for a degree whilst working in this great industry. You can find us on stand 1580. 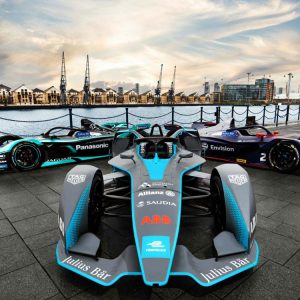 be the most exciting and competitive so far. Partly due to the arrival of two new manufacturers (Mercedes-Benz and Porsche), this year’s championship is set to break previous viewing figures.

With rounds in Diriyah (Saudi Arabia), Santiago (Chile), Mexico City and Marrakech, the first five rounds take place between now and 29th February. Visiting some of the warmest climates, the Formula E is a great way to forget about the grim winter weather and get your motorsport fix.

Unlike F1, Formula E had a mixed bag of winners in the 2018-19 season, with 8 different teams  and 10 different drivers winning rounds.

Does FE have F1 shaking in its boots? You may think not but Ferrari are anticipating a decline in profits due to the increasing popularity of the

electric series and with more manufacturers looking to get ahead in the electric-performance car world, it’s not surprising that Mercedes-Benz have invested heavily in dominating the sport in the same way as Formula 1 in recent years.

The BBC have the coverage here in the UK and each E-Prix can be streamed via the iPlayer, BBC Sport website and via the red button. 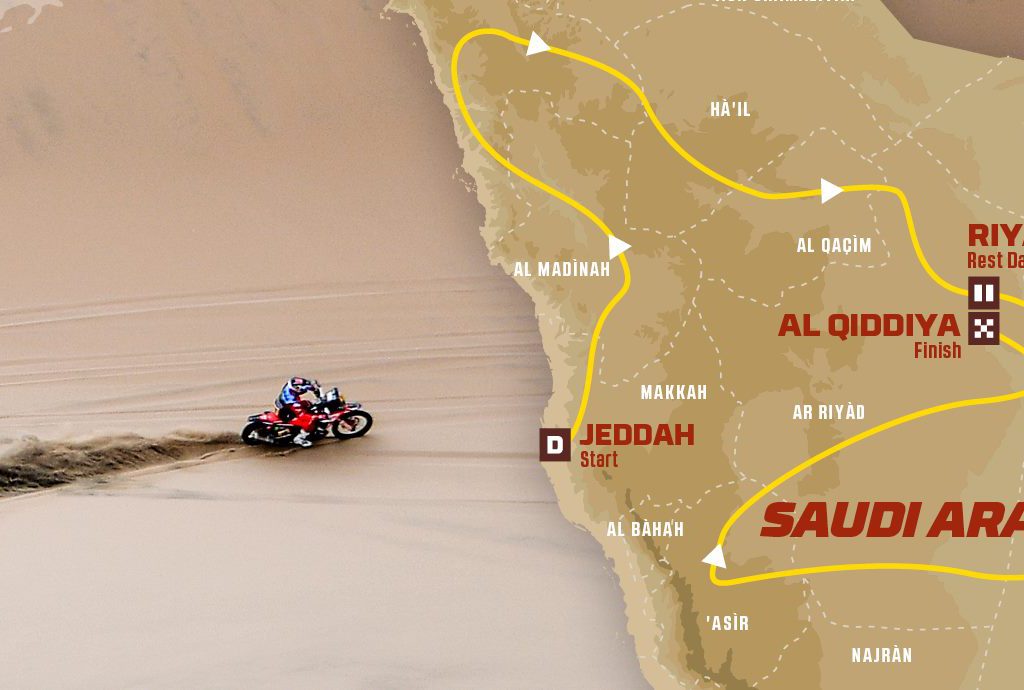 In its 43rd year, 2020 sees the Dakar Rally visit the Middle East, with Saudi Arabia hosting for the first time. With five classes to choose from, amateur and professional racing teams will compete over a two week period and across some of the most dramatic terrain the Dakar has seen to date.

Starting in the city of Jeddah, then taking in Riyadh this year’s Dakar will finish up in Al Qiddiya, a mega-tourism project and new city which aims to be the cultural and leisure capital of the Kingdom.

Unsurprisingly, given the terrain, there are some manufacturers expected to dominate in 2020, with KTM expected to continue with their success in the bike class, having won every Dakar since 2001. It would be hugely surprising to see anyone manage to take on Yamaha’s Raptor 700R in the Quad class but the relatively new UTV, also known at the SxS (Side by Side) class is expecting more entrants in 2020 thanks to the affordability of modifications needed to create a competitive vehicle.

As for the trucks, Russian based Kamaz will be looking to confirm their supremacy, with 8 wins in the last decade and only Italian Iveco looking capable of mounting a serious challenge.

Cars are perhaps the most competitive class in 2020 with the Toyota Hilux, Peugeot 3008 DKR, Volkswagon’s Touareg , Mitsubishi Eclipse and MINI’s Countryman All4 all hoping to add to their tally of wins. Last year saw Toyota Gazoo Racing win their first ever Dakar with Nasser Al-Attiyah driving the Hilux to victory.

Here in the UK you’ll be able to watch each stage of the Dakar Rally as it unfolds on Eurosport or you can catch all the latest news on the Dakar’s Facebook page here. 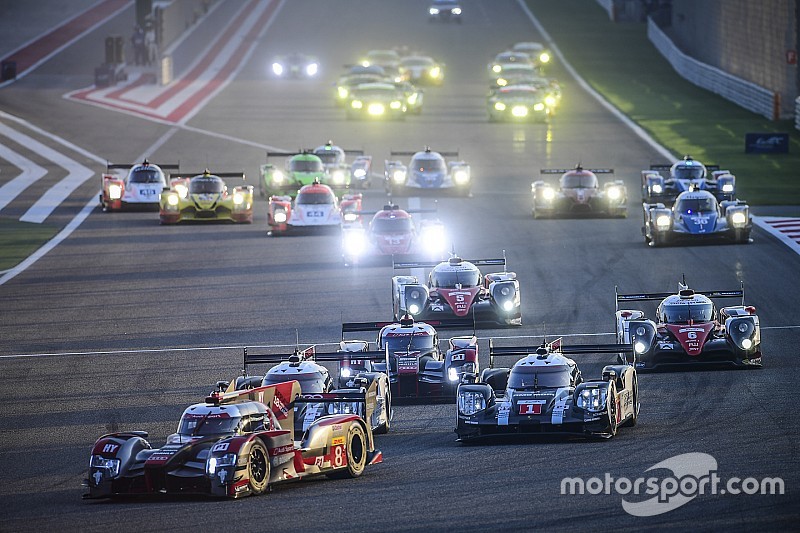 The World Endurance Championship has perhaps the most unusual calendar of all motorsport championships. Running from 23rd July 2019 through the winter and into the following June, it’s also the most gruelling!

This winter, you can follow the WEC as it travels to Middle East for the 8 Hours of Bahrain on 14th December, followed by the 6 Hours of Sao Paolo on 1st February and the 1000 Miles of Sebring in the ‘States on 20th March.

In LMP1, with 4 rounds down and five to go, Toyota Gazoo Racing look good so far this season and lead Rebellion Racing by 27 points.

In the GT Manufacturers Championship, Porsche lead Aston Martin, with Ferrari in third. 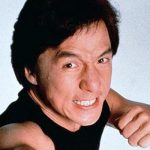 Here’s a little WEC trivia for you…

Did you know that martial arts expert and Hollywood legend Jackie Chan has a team competing in the LMP2 Class? Jackie Chan DC Racing is a joint-venture between Asian Le Mans Champion David Cheng and the actor. Currently running in second place in the LMP2 Endurance Trophy, they could be the team to watch in 2020.

To keep up to date with the results and standings, visit the FIA’s dedicated WEC website here

As we’re sure you’ve read, we have students in Formula 1, WEC, WRC and across many domestic racing series. This time of year is when they complete the bulk of the work, before the craziness begins again in the Spring.

Unlike most Universities, this is our busiest time for new starters. The off-season in motorsport often means less stress, more downtime and more stability for those working both trackside and back at the base. It’s a great time to start an application and get the first couple of modules out of the way.

Our courses are totally flexible when it comes to start date. Fed up of the festivities by 24th December? You can even start your course on Christmas Day if you want! If you’d like to find out how to apply, watch this little video from NMA Tutor Roger….

If You’d Rather Hibernate….

You’ll be relieved to know that the 2020 season starts early for both MotoGP and Formula 1. Over the past ten years, both sports have brought the opening race forward by almost a month. Both seasons also continue into mid-November too which means motorsport addicts only have a mere 3 months until the madness commences yet again.

Who are your picks for the 2020 season? Will the youngsters of F1 finally take it to (relatively) old man Lewis Hamilton? Will a Marquez/Marquez dream team help Honda to smash Ducati and Yamaha into dust in MotoGP? Which team will be full of surprises when the European Le Mans season kicks off in Barcelona?

You can find the start dates for the most popular racing series below: 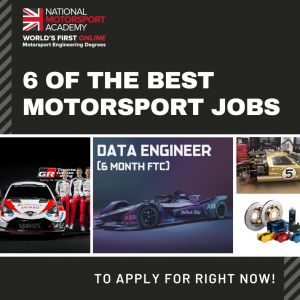 6 of the Best Jobs in Motorsport 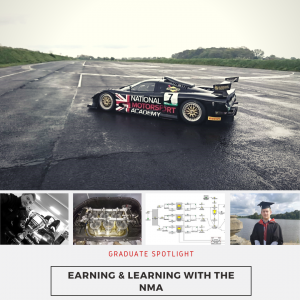 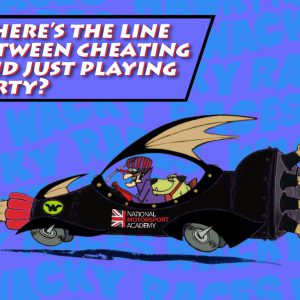 To enable us to show you the correct fees,
please choose from one of the options below:

I AM A UK STUDENT
I AM AN INTERNATIONAL STUDENT
We place cookies on your device to help make this website better and improve your experience. You can change your cookie settings at any time. Please see our data protection policy for full details.Don't show again